Big data could be big business for PH – expert

The projection is that 10 million jobs could be created in the big data space in the next 5 years, says IT expert Henry Aguda

MANILA, Philippines – There’s a massive opportunity for the country when it comes to big data, the catch-all term now being used to describe the collection and analysis of vast amounts of information.

Former Globe Telecom chief information officer Henry Aguda, a pioneer in the Philippines’ information technology industry, told Rappler in an interview that 10 million jobs could be created in the big data space in the next 5 years.

“There are statistics that say that about 40 million people have jobs now in the Philippines and there’s only two million in the ICT sector,” said Aguda.

“Imagine if you grow your labor base to another 10 million. That really pushes the needle on poverty alleviation because the more people have higher-paying jobs, the more it trickles down to society. So big data could really be big business in the Philippines.”

Big data offers firms and organizations the opportunity to really zero in on consumer habits in order to fine-tune their products and services.

The market for big data in the country is still very small, but firms are beginning to embrace it, led by telco firms like PLDT which has invested $30 million in big data analytic services.

In the US, the beating heart of the tech world, data analytics combined generate around $156 billion a year in revenue, according to Aguda.

“[The Philippines] started from call centers and now we’re becoming a BPO hub. We can eventually transition into becoming a processing hub for big data,” he said. “That would really improve the economy here. The service sector would really jump.”

What is needed, however, is a strong legal framework that clearly defines what kind of data firms can collect from users, and how they can use it.

“The prospects are really, really huge and I see a lot of firms [that] are going into it, but they are conflicted,” Aguda said. “The main question they are asking themselves is: ‘If we go too much into data analytics, will we run into data privacy issues?'”

This is especially important as the implementing rules and regulations of the Philippines’ Data Privacy Act have yet to be finalized. (READ: Public consultations on Data Privacy Act draft IRR set)

“What we are saying is this: Understand what data privacy is, don’t let it limit our economic activity, for as long as you do it right and follow the law, the economic activity should grow. That’s the balance we are trying to strike,” Aguda said. 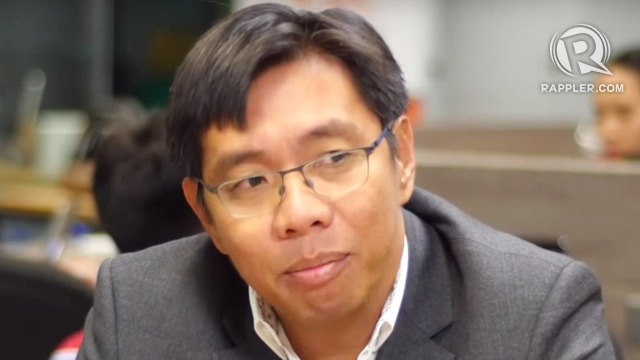 DATA ADVOCATE. Henry Aguda hopes the country’s data privacy laws will evolve in such a way as to protect consumers’ interests without limiting the economic potential of big data.

A step in the right direction, he said, is the belated creation of the Department of Information and Communications Technology (DICT) and the appointment of Rodolfo Salalima as its head.

Signed into law by former president Benigno Aquino III, the new DICT is tasked with preparing the country for the IT revolution sweeping the world.

“The first 100 days will be about sharing information and increasing awareness, getting the private [sector] and government to cooperate in creating a nice framework for the information industry,” Aguda said.

Then, he added: “Maybe government can also provide incentives for firms to go into the space such as tax breaks and pioneering industry relief. We’ve done it in the past and I guess that’s what should be done.”

Aguda, who knows Salalima personally, said he is the right man to head the department.

“[Salalima] being a lawyer and having been in the telco space for quite a while, he knows both the technical and legal frameworks that allow us to mature in the technology world. I think the next 100 days will be exciting,” Aguda said.

One thing that will help boost IT, including big data analytics, is faster, more reliable Internet – something Aguda is optimistic will finally become reality under the DICT.

“I hope the first thing [Salalima is] going to do is get the private and public sector to cooperate in order to create better Internet infrastructure,” Aguda said. “[Faster Internet] is also a business and there are economics to it. It’s just a matter of getting it done, and that happens when political will kicks in.”

Cutting red tape is also crucial. Francesca Montes, Aguda’s co-author for the book “Data Privacy and Cybercrime Prevention in the Philippine Digital Age”, pointed out that 29 permits are needed for a single cellsite, which takes around one year to put up.

“So we also need to have consultations with local government units to expedite the process,” Montes said. “If the DICT can propose the way to streamline the process that would help us well.” – Rappler.com

This article was originally published on www.rappler.com and can be viewed in full here